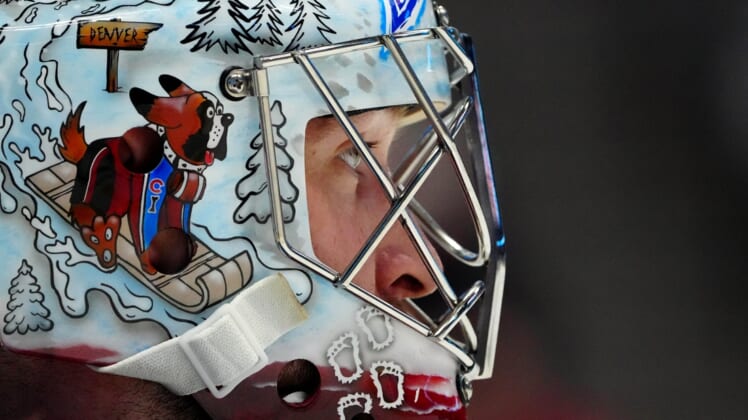 The Colorado Avalanche announced on Saturday that they have signed goaltender Pavel Francouz to a two-year deal through the 2023-24 campaign.

The announcement comes in the wake of a stellar performance from the Czech Republic native so far in 2021-22.

“Pavel is an important component to our goaltending tandem and someone we have full trust in to be a key piece of our team going forward,” Avalanche executive vice president and general manager Joe Sakic said in a news release. “He has showed tremendous perseverance and dedication in overcoming the challenges and injuries he has faced.”

The three-year NHL veteran began the 2021-22 campaign on injured reserve, missing the first 24 games with an ankle injury before making his season debut on Dec. 16 at the Nashville Predators.

Francouz took the loss in the 5-2 game despite making 30 saves. That contest was his first since October 2020 as he missed the entire 2020-21 season after undergoing hip surgery.

Francouz earned a win on Jan. 8 versus the Toronto Maple Leafs, his first regular-season victory since March 11, 2020 against the New York Rangers. It was the first of seven straight victories.

He has suited up exclusively for Colorado during his NHL career, which began in 2018.

Darcy Kuemper has served as the team’s main goaltender this season. Kuemper is 27-8-2 with a 2.54 goals-against average and .919 save percentage in 41 games.