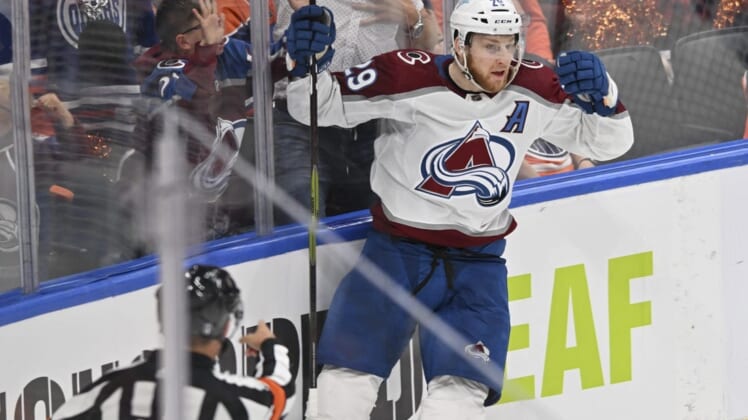 The Tampa Bay Lightning are four wins away from three-peating as Stanley Cup champions, but they face a tall task against the best team in the Western Conference.

The Colorado Avalanche are favored at -195 at BetRivers and -190 at BetMGM to defeat the Lightning and win their first Stanley Cup since 2001.

The puck drops on the Stanley Cup Final on Wednesday when Game 1 is played in Denver.

By comparison, the Lightning are +155 underdogs at BetMGM and +165 at BetRivers. DraftKings Sportsbook had it a bit closer, with the Avalanche at -175 and the Lightning at +150 as of Monday.

That hasn’t stopped the betting public from riding Colorado. BetRivers said Monday evening that 66 percent of the handle and 68 percent of the bets had been placed on the Avs.

Avalanche star Nathan MacKinnon was the favorite at +450 to score the most goals of any individual player in the series. Teammate Mikko Rantanen was listed second at +550 before the Lightning’s Nikita Kucherov at +700 and Steven Stamkos at +750.

Of the players remaining in the playoffs, Kucherov has scored the most goals with 23. The Avalanche have been led by defenseman Cale Makar’s 22 points; Makar is a bit down the board at DraftKings at +2500.