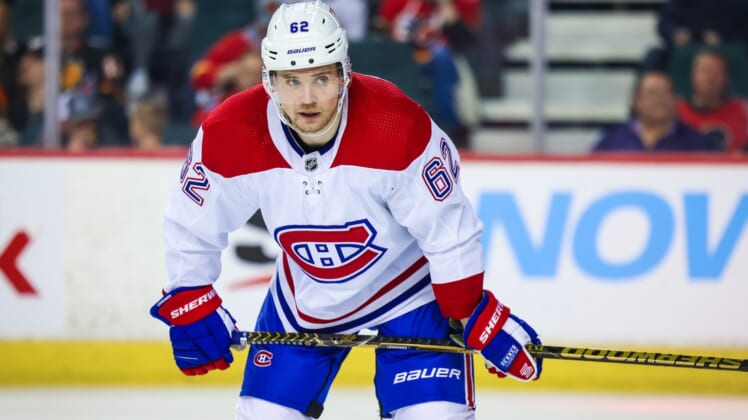 The Colorado Avalanche acquired forward Artturi Lehkonen from the Montreal Canadiens on Monday in exchange for Justin Barron and a second-round draft pick in 2024..

Lehkonen, 26, has 29 points (13 goals, 16 assists) in 58 games this season. He was selected in the second round of the 2013 draft by Montreal and has 74 career goals to go with 75 assists in five-plus seasons with the franchise.

Barron, 20, was Colorado’s first-round pick (No. 25 overall) in the 2020 draft. He’s appeared in just two NHL games this season and in 43 with the Colorado Eagles of the American Hockey League, tallying 20 points (five goals, 15 assists).

Lehkonen joins winger Tyler Toffoli and blueliner Ben Chiarot as players who have been traded away by the Canadiens.

The Avalanche currently are the No. 1 seed in the Western Conference with 93 points.