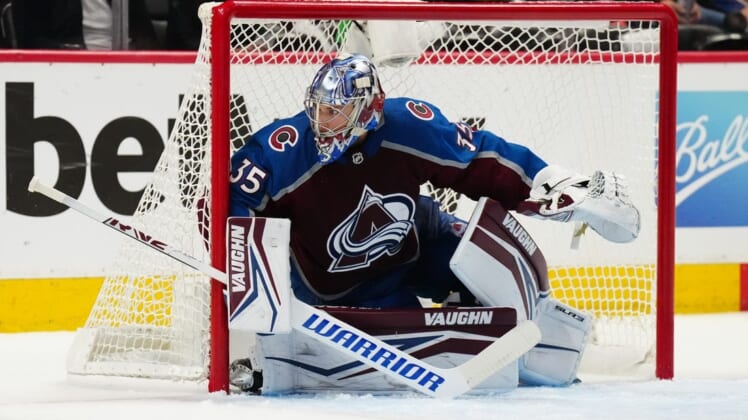 Colorado Avalanche goalie Darcy Kuemper left Game 1 of the Western Conference finals against the Edmonton Oilers on Wednesday in the second period due to an upper-body injury.

He was listed as doubtful to return.

It was the second time this postseason that Kuemper left a game. In Game 3 of the first round against Nashville, he took a stick near his eye and missed the remainder of the series, which Colorado won in four games.