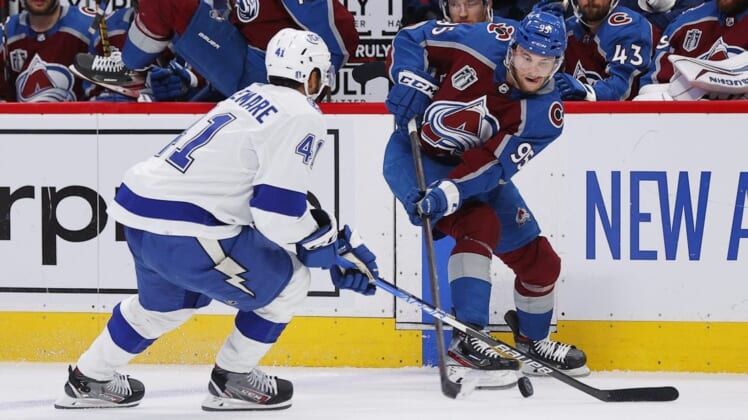 Colorado Avalanche head coach Jared Bednar kept it close to the vest when asked about forward Andre Burakovsky’s availability for Sunday’s Game 6 of the Stanley Cup Final against the host Tampa Bay Lightning.

Burakovsky, who briefly participated in the morning skate on Sunday, has been sidelined since sustaining an apparent hand injury in the Avalanche’s 7-0 romp over the Lightning in Game 2 of the series.

Tampa Bay has rallied to win two of the next three games to trail 3-2 in the best-of-seven series.

Burakovsky scored in overtime to give Colorado a 4-3 win in Game 1 on June 15. The 27-year-old Austrian collected a goal and an assist in Game 2 on June 18 before taking a shot off his hand from Lightning defenseman Victor Hedman in the second period.

Burakovsky has recorded eight points (three goals, five assists) in 12 games during the postseason. He registered career-high totals in goals (22), assists (39) and points (61) in 80 games during the regular season.