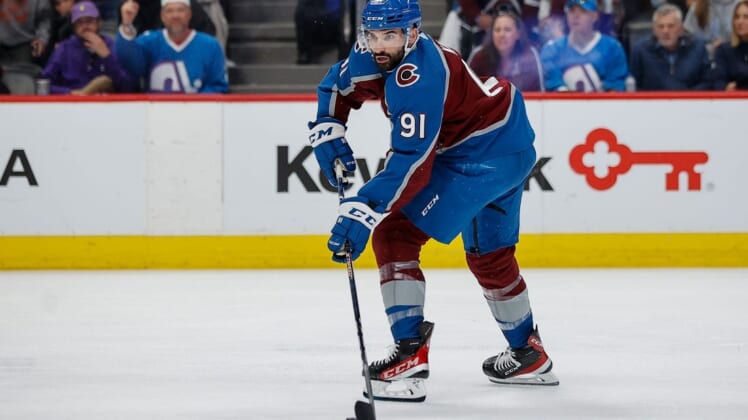 Kadri, who went into the game having collected six goals and eight assists in 12 playoff outings, was heading to the corner to retrieve a puck when Kane cross-checked him in the back and sent him crashing into the boards just 66 seconds into the clash.

Kadri was on the ice for a lengthy time before heading to the dressing room.

Kane was assessed a five-minute major penalty for boarding, but not a game misconduct.

The Oilers had to make a roster switch after forward Kailer Yamamoto was injured by a hard check from Gabriel Landeskog in Colorado’s victory that gave them a 2-0 edge in the best-of-seven Western Conference finals. Edmonton dressed Brad Malone in his place.