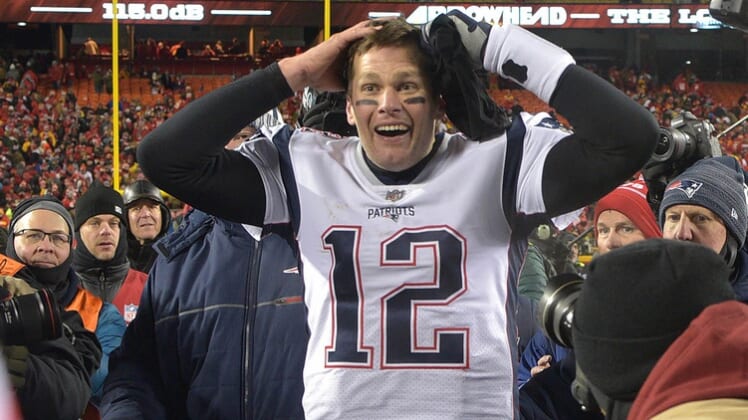 A sports memorabilia collector has set a new record spending $400,100 on an autographed Tom Brady rookie card at auction on eBay.

This autographed Tom Brady rookie card was sold for $400,100 on eBay, the highest price ever for a football card sold at auction. pic.twitter.com/FLq7mEY2I7

This is significantly more than someone paid for a Michael Jordan baseball card recently.

According to Sports Collectors Daily, the card is believed to have previously been owned by former NFL lineman turned card collector/investor/dealer Evan Mathis.

The card itself is a 2000 Playoff Contenders Championship Rookie Ticket Autograph card and was just one of 100 produced. It was rated 9 by Beckett Grading, per Sports Collectors Daily.

As expensive as the price was for this rare card, its value should only skyrocket in the years to come.