Former major league shortstop Omar Vizquel is being sued for sexual harassment by a former batboy for the Double-A Birmingham Barons, The Athletic reported Saturday.

The lawsuit was reportedly filed Friday in U.S. District Court in Alabama. The former batboy has autism and the allegations stem from the 2019 season when Vizquel was manager of the Barons, an affiliate of the Chicago White Sox.

The complaint states that Vizquel “repeatedly exposed his erect penis to (him) and forced (him) to wash his back in the shower.” 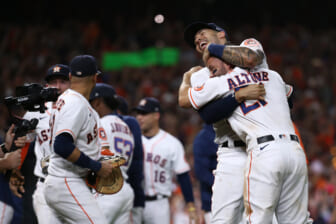 The White Sox suspended Vizquel late in the 2019 season and terminated him after the campaign. It was later reported he was under investigation for an incident involving a male clubhouse worker.

The lawsuit, which alleges violations of the Americans with Disabilities Act, states Vizquel was dismissed due to the harassment.

The White Sox issued a statement in relation to the lawsuit.

“After first learning of an alleged incident in late August 2019, the Chicago White Sox conducted an internal investigation that resulted in the termination of the organization’s relationship with Omar Vizquel,” the team said. “Because this is active litigation, at this time the White Sox will not comment further regarding the allegations included in this lawsuit.” 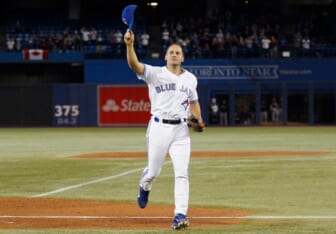 According to the complaint, the former batboy is 25 years old and states he had a difficult childhood and was often teased and targeted because of his disability, making it hard for him to form close relationships.

When he got selected to be one of the five batboys for the Barons, he said he “felt for one of the first times in his life that he was part of a team.”

According to The Athletic, the complaint says that Vizquel told the batboy that he was sexually interested in men. The batboy said he didn’t feel the same way and declined to have a sexual relationship with Vizquel.

The complaint said the batboy cites five occasions in which Vizquel exposed a partial or full erection to him. On August 22, 2019, Vizquel emerged from the shower area with a full erection and ordered the batboy to wash his back.

The complaint said other Birmingham coaches mocked the batboy and “laughed at the sexual harassment, further compounding the trauma and humiliation.”

The lawsuit comes at a time in which Vizquel remains under investigation for domestic violence allegations made late last year by his now ex-wife.

Blanca Garcia, who initiated divorce proceedings in August 2020, said Vizquel abused her in 2011 — before they were married — and again in 2016. She also cited a heated argument in August.

Now 54, Vizquel played with six teams over a 24-year career, most notably with the Cleveland Indians (1994-2004). A career .272 hitter, the three-time All-Star was best known for his defense and won 11 Gold Glove awards.

He retired following the 2012 season and has been eligible for induction into the Hall of Fame for the past four years. He received 49.1 percent of the vote this year, down from 52.6 percent in 2020.