(Reuters) – Authentic held off a late challenge from favourite Tiz the Law to win the Kentucky Derby on Saturday at Churchill Downs and give Hall of Fame trainer Bob Baffert a record-tying sixth win in the annual ‘Run for the Roses’.

Authentic, ridden by John Velazquez, set the early pace and maintained his speed down the stretch in the 1-1/4 mile classic, which was held without spectators due to the COVID-19 crisis.

Belmont Stakes winner Tiz the Law looked well placed to overhaul the 8-1 shot as they made it around the final turn but could not close the gap and finished second in the 146th running of the race.

The win capped an emotional day for Baffert.

Just prior to the race his horse Thousand Words was scratched after it fell in the paddock and Baffert’s longtime assistant Jimmy Barnes broke his hand in the incident.

“Poor guy, he should be here with me. He’s in an ambulance,” Baffert said as tears welled in his eyes.

“We were yelling, ‘Do it for Jimmy’ the whole way. Just unbelievable.”

Hall of Fame Jockey Velazquez was also emotional after the win.

“It’s definitely not getting old,” he said after clinching his third Kentucky Derby victory.

“The feeling that you get, I could cry. It’s incredible.”

The Kentucky Derby was postponed from its traditional first Saturday in May due to the pandemic and the Triple Crown races are being run out of order this year for the first time.

Black Lives Matter protesters rallied near Churchill Downs on Saturday, many carrying signs honouring Breonna Taylor, a Black woman who was killed by police after they burst into her Louisville home in March. 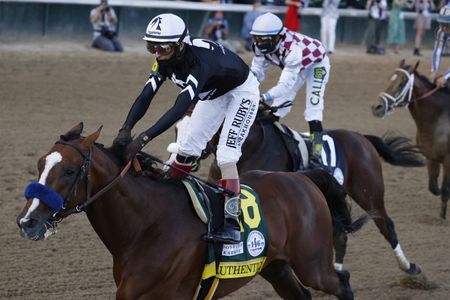 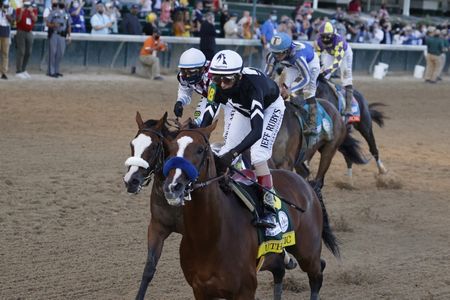 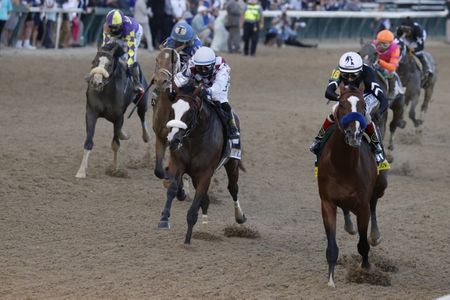 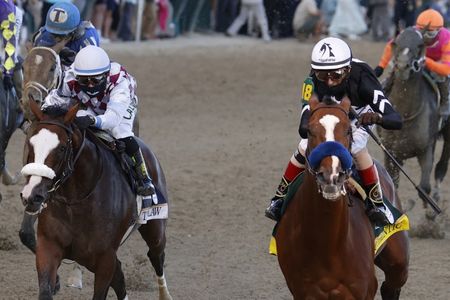