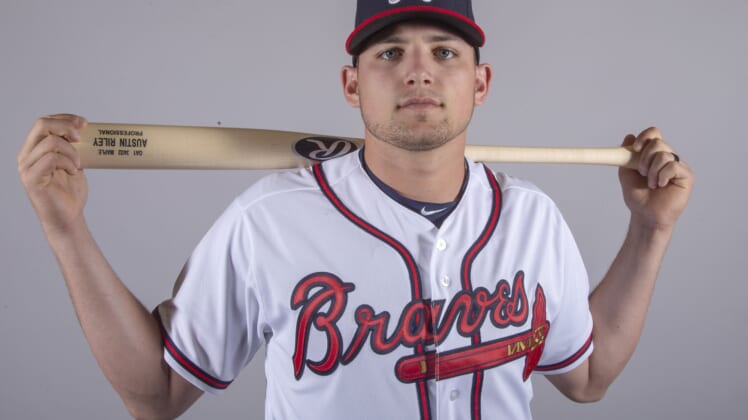 The Atlanta Braves might just have another young phenom on their MLB roster soon, as Austin Riley has been hitting the cover off the ball of late.

Check out this incredible 492-foot home run that Riley crushed on Wednesday — his second of the game and fifth in the past six games.

That was a no-doubter from the moment it left Riley’s bat.

With the two home runs on Wednesday, Riley now has seven on the year for the Triple-A Gwinnett Stripers. He’s been on a tear and could soon be promoted to the majors if he keeps it up.

The one thing that could keep Riley in the minors is that Josh Donaldson has been coming on strong of late for the Braves.