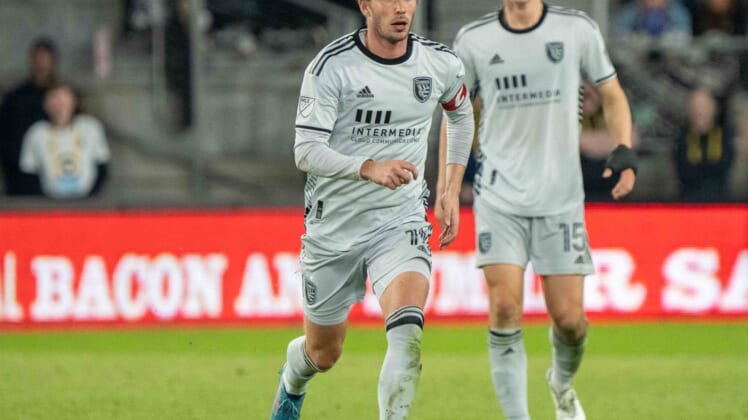 Cooled off a bit from a blazing-hot start, Austin FC hits the road Saturday for a visit to the San Jose Earthquakes, who failed to get on track over the opening month of the season.

Austin FC (2-1-1, 7 points) had a plus-nine goal differential after season-opening victories over FC Cincinnati and Inter Miami CF, but against more traditional MLS powers, they fell 1-0 on the road against the Portland Timbers and earned a 1-1 tie at home against the Seattle Sounders on March 20.

After a weekend off, they face the Earthquakes (0-3-1, 1 point), who they failed to defeat in three tries last season (0-2-1) and were outscored by a combined 8-3 in the season series.

For all the hope and promise two dominating victories to start the season brought, Austin FC remains on a 10-game road losing streak going back to last season. They have been shut out in eight of those games going back to June of last year.

“Our intensity in our training sessions has to be clear,” Austin FC head coach Josh Wolff said about getting the team back in sync after being off last weekend. “When we go to San Jose, that’s a team that plays with full intensity. They are combative, they have a good physicality and they like a chaotic, hectic game.”

Despite the compliments, San Jose has yet to get much from its intense, physical play. The offense showed promise in a 3-3 tie with the Columbus Crew on March 5, but consecutive shutout road defeats to the Philadelphia Union and Minnesota United FC followed.

In only one other season have the Earthquakes had a slower start, when they lost their first four games in 2019. The worst start in club history after five games is three points, in both that same 2019 season, as well as 2014.

San Jose still is a month away from the return of Brazilian defender Nathan, following surgery for a torn meniscus. While the team has at least four April games without him, three of those are at home.

“In the last two games, we have only hit one shot (on goal),” San Jose midfielder Jackson Yueill said. “That is something we need to improve. That’s definitely a focus point for us.”