Austin FC to put home prowess up against Galaxy 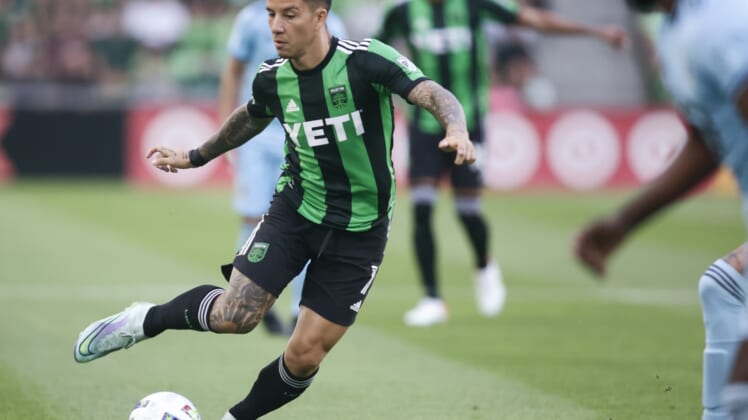 Contrasting styles, and differing early-season results, will be on display when Austin FC and the visiting Los Angeles Galaxy meet Sunday in a key Western Conference matchup.

Austin FC have been one of the most impressive teams in MLS this season, roaring to near the top of the conference standings via dominating play at home and two consecutive wins on the road, most recently a 2-1 victory at Houston on April 30.

Austin FC (6-1-2, 20 points) are unbeaten over their last six games and have won four straight MLS games for the first time in club history, reaching the 20-point mark in just nine games after needing 26 contests, and waiting until Sept. 26, to do it in the club’s inaugural campaign last season.

Austin FC entered the weekend with a league-leading 22 goals, and only five teams had given up less than their eight allowed.

“This is about being in front of our fans and being aggressive when we can,” coach Josh Wolff said. “LA Galaxy is a good opponent — they’ll come in and also want to put their stamp on the game. We talk a lot about understanding what the game’s gonna look like, what it may feel like, and to be able to stay calm.”

Austin will be without top goalkeeper Brad Stuver for Sunday’s game as he heals from a knee laceration that happened early in the win over Houston.

After playing the Galaxy this weekend, Austin will play seven of the next nine games on the road, including a pair of matches at Los Angeles later this month: Los Angeles FC, May 18; Galaxy, May 29.

The Galaxy (5-3-1, 16 points) head into Austin on the heels of a 1-0 loss at Real Salt Lake last weekend. Dejan Joveljic appeared to tie the game in stoppage time for Los Angeles, but the equalizer was disallowed on review.

The loss snapped a four-game unbeaten streak for the Galaxy, who had victories over the Portland Timbers, LAFC and Nashville SC in that stretch.

“We had a slow start to the Real Salt Lake game,” Galaxy midfielder Sacha Kljestan said. “Ultimately, we did enough in the second half to get ourselves back in the game and just unfortunately we weren’t able to score.”

The Galaxy have produced one of the stingiest defenses in the league, allowing only seven goals. Almost all of the Galaxy’s games this year have been close and low scoring, with six ending either 1-0 or 0-0. Los Angeles has gone 3-2-1 in those games.

Sunday’s game begins a stretch of four contests in 16 days for Los Angeles, and of its five games in May, four of them will be against teams from Texas.