Wolff is the first homegrown signing in Austin’s history.

“This is a special moment for our club and the Central Texas soccer community,” Austin FC sporting director Claudio Reyna said in a statement. “Owen is a talented young player with great character, and he’s worked very hard to prove his ability since he started training with us in the preseason. He earned this opportunity, and his signing is a great example of what the pathway to becoming a professional soccer player at Austin FC can look like for youth across the country.”

Wolff, a midfielder who has been training with the club since the preseason, signed a deal through the 2025 season that includes a one-year option.

Josh Wolff was hired as Austin’s head coach in 2019 and has led the team to a 5-13-4 record in the team’s inaugural season. 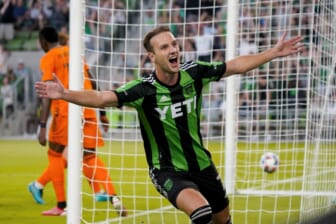