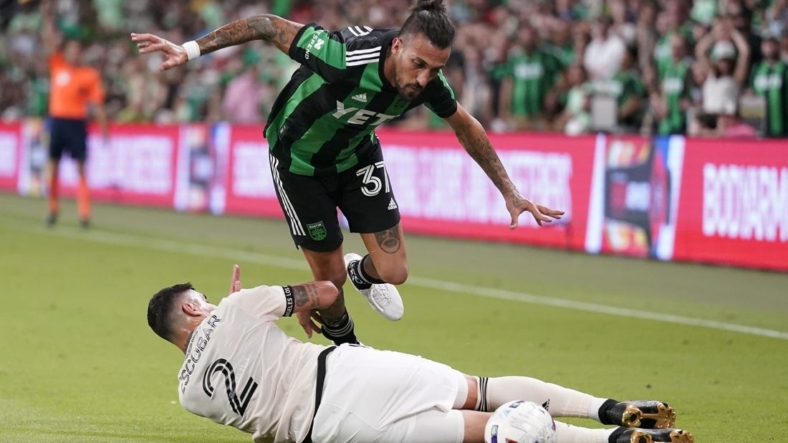 Win and they’re in.

Second-year side Austin FC can clinch their first playoff spot when they visit the Seattle Sounders on Saturday.

The Verde and Black are coming off a 3-0 loss to Nashville, their second straight loss. It’s only the second time this season that Austin has dropped consecutive contests and the first time since early May. The club has yet to lose three in a row this season.

“We’re going into a stretch of games that are going to dictate how the playoffs shape up,” goalkeeper Brad Stuver told the Austin Chronicle. “I think these last two games have really shown guys that don’t really know MLS what an MLS playoff game looks like.”

While Austin ranks second in MLS with 60 goals scored, it has been held to one goal in its past two games combined.

Maxi Urruti could return after missing the game against Nashville due to injury. The Argentine forward is second on the team with nine goals but has scored only twice in his past eight games, with both coming in the same match.

Seattle (11-15-3, 36 points) sits on the outside looking in as it aims to keep its playoff streak alive. The Sounders, who have reached the postseason each year since joining MLS in 2009, are ninth in the Western Conference, six points below the line with five games to go.

The club snapped a five-game winless streak (0-4-1) with a 2-1 triumph against the Houston Dynamo last Sunday.

Seattle hasn’t won consecutive games since bookending the international break in June with a pair of victories.

“Every game from now on is kind of like a final for us,” forward Jordan Morris said. “We really need to keep stringing wins together to put ourselves back above the line.”

Forward Raul Ruidiaz, whose seven goals co-lead the team with Morris, has scored twice in the past four games while attempting 18 shots during that span.