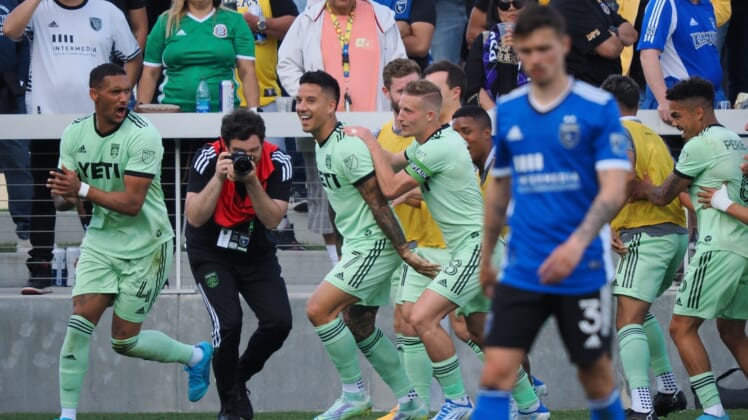 Now a month since opening the season with a pair of high-scoring victories, Austin FC will look to their strong home-pitch advantage Sunday against Minnesota United in a key early season Western Conference match.

Austin (2-1-2, 8 points) has cooled a bit after its torrid start — when it scored 10 goals while winning its first two matches at home — but is still setting quite the pace.

The Verde’s 13 goals match Los Angeles FC for most in the league through five games. Last year, in the team’s inaugural season, Austin didn’t reach the 13-goal mark until its 16th match.

“If we present ourselves in a good way at home as we have the last seven or eight games, push the tempo, have the energy, put the team under pressure, (we’ll) get the goals,” Austin coach Josh Wolff said. “We have to understand what the game is going to look like and our organization, our structure and some of the movements that we want to have.”

Minnesota opened with a pair of draws followed by two wins, but its most recent contest was a 2-1 loss at home to Seattle on April 2, when the difference was an unlucky deflection for an own goal. Emanuel Reynoso scored the Loons’ goal in the 82nd minute on a penalty kick.

Minnesota (2-1-2, 8 points) won two of the three meetings between the teams last season, including a 1-0 decision in Austin. It was the only defeat Austin has suffered in its last eight home matches (6-1-1).

“It’s a difficult place to play, great atmosphere within the stadium,” Minnesota coach Adrian Heath said this week. “They push men forward — we know the way they’re going to play but stopping them is not as easy as it looks. They haven’t won in three, so maybe we’re catching them in a good time.”