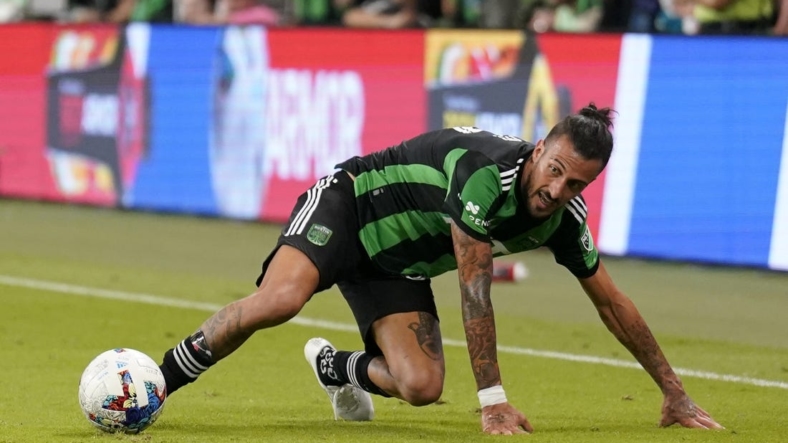 Suddenly struggling Austin FC will look to snap a three-game slide on Wednesday when they host a Real Salt Lake squad fighting to stay above the playoff line.

Austin (15-9-6, 51 points) remains in second place in the Western Conference, but with only a two-point advantage on FC Dallas following its losing skid.

Saturday’s loss at the Seattle Sounders was the second straight by a 3-0 score. And coach Josh Wolff suggested his team failed to match the vigor of an opponent fighting for its playoff life, with Austin all but assured a postseason spot.

“It’s a disappointing performance in a lot of ways,” Wolff said. “But you know, we’re going to have to brush it aside quickly with another game Wednesday and another game on Saturday. And we continue to face these teams that need points and have a real intensity, or are in a position where they’re trying to make the playoffs or get into a better position.”

In fairness, Austin also started the match without team scoring leader Sebastian Driussi (20 goals, seven assists), who was questionable with an injury but came on late after the game was already decided. Captain Alex Ring was suspended for the previous game, a 3-0 loss at Nashville SC.

Salt Lake (11-9-10, 43 points) has failed to score in its last two matches, including a 0-0 home draw to the league’s worst team, D.C. United, over the weekend. It holds a three-point lead over the Los Angeles Galaxy for the seventh and final West playoff spot, and the Galaxy have a match in hand.

But coach Pablo Mastroeni thought Saturday’s performance was improved from a 2-0 loss at West leaders Los Angeles FC the week prior.

“In all phases of the game, I thought we were really bright,” Mastroeni said of his team, which outshot D.C. 16-8 overall and 8-3 in efforts on target. “If you don’t score you’re not going to win. The guys got themselves in great positions and it was just that final play that we lacked.”

Perhaps RSL’s recent offensive struggles aren’t surprising, since they lack a double-digit goal scorer. Sergio Cordova leads the way with eight goals and Jefferson Savarino has six since his midseason return to the club.

Their attack has been more consistent away from home, scoring in seven straight prior to the LAFC defeat.