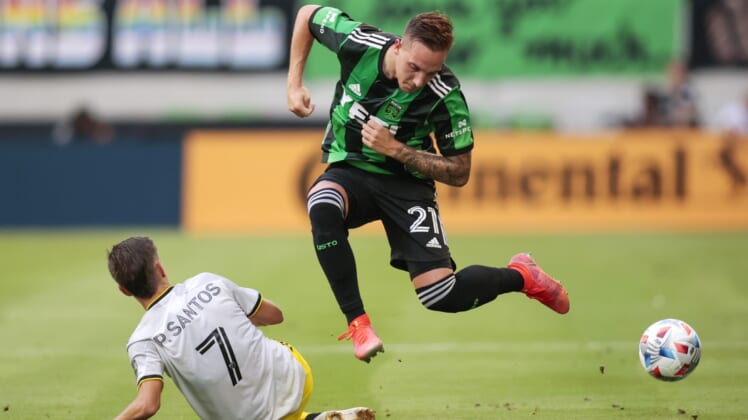 Austin FC has not scored in its two home games, but the expansion team held the Columbus Crew to a 0-0 tie on Sunday.

Former Crew goalkeeper Brad Stuver made six saves, but Austin (2-5-4, 10 points) has not scored in its last three matches overall and has been shutout in six of the past seven games. Austin has four losses and four ties in its past eight games.

Stuver was stellar in the second half with three saves on Lucas Zelarayan, the best coming in the 47th minute.

Zelarayan’s 30-yard shot was deflected early, and Stuver had to react to make the stop. The other two Zelarayan tries from distance were comfortably saved.

It was a different story in the 74th minute off a free kick when Stuver stuck out his leg to deny Gyasi Zardes from close range.

The first match between the defending MLS Cup champions and Austin was viewed as the Anthony Precourt Derby by Crew supporters.

As Crew owner in October 2017, Precourt announced his intention to move the franchise to Austin. After a bitter battle led by the Save The Crew movement, Precourt sold the Crew and was awarded an expansion team.

Whether it was the perceived burgeoning rivalry or wanting to reward a second sellout of 20,738 fans with that elusive first home goal, Austin came out flying and nearly scored 20 seconds after kickoff.

Jared Stroud flew down the right channel and found an open Diego Fagundez, but his strike from 14 yards went wide left.

The duo combined in the 19th minute for another opportunity. This time, Fagundez fed Stroud an entry ball on the right, and Stroud’s shot was saved at the near post by Room.

Austin plays the second of a four-game homestand Thursday against Portland.

The Crew open the $314 million Lower.com Field vs. New England on Saturday.