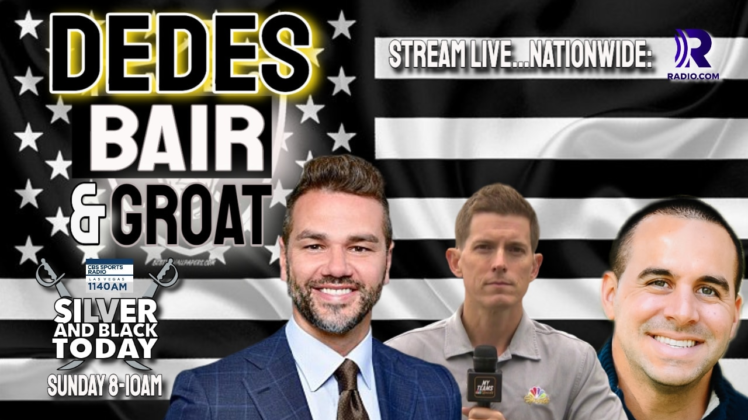 Our April 5, 2020 CBS Sports Radio 1140 show was full of wholesome Las Vegas Raiders wisdom as talk COVID19 crisis and what it means for the NFL, Raiders and the draft. Also, we talk about free agency class and what freelance sportswriters are doing in light of the work stoppage.

As we steam towards the #NFLDraft, talented NFL play-by-play pro Spero Dedes is with us and will tell us his thoughts on how the league moves forward amid #COVID19. We’ll also get his view on what the #Raiders have been able to do in free agency and what they might do in the draft.

Long time Raiders reporter Scott Bair of NBC SportsNet Bay Area tells us what he thinks of the team’s free agent signings and what it means for how the Raiders draft. Bair likes what he’s seen so far from Mayock and the Raiders.

We also talk to local Associated Press writer W.G. Ramirez on the impact of the sports world pause on the men and women who write about it.