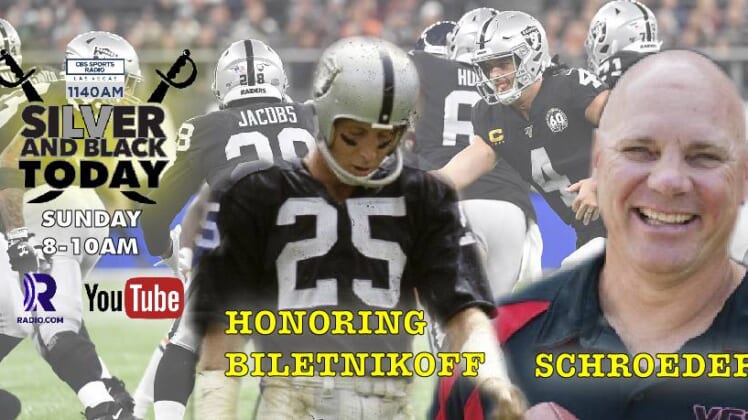 It was an NFL playoff Sunday but still plenty of Raiders talk as we fired up the airwaves at CBS Sports Radio 1140 once again.

Former Raiders QB Jay Schroeder visited with us as we asked him the question: would the Raiders and Derek Carr benefit from another veteran or rookie QB coming in to push the starter? Schroeder was on both sides of that equation and he gave us his perspective from having been in the position several times himself..

ALSO: We visited with Jim Zbach who, along with the Great Lakes Raiders Booster Club, is working to honor Hall of Famer Fred Biletnikoff in a special way.