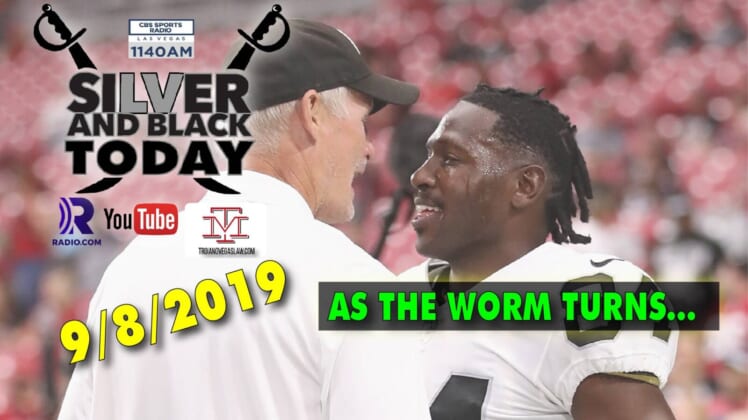 The Antonio Brown circus is over in Oakland.

We also talked to Silver and Black Today contributor Moe Moton about AB, Benjamin Allbright helped us preview Denver, and Jesse Reed with his last report on Hard Knocks.

We were live from the Ickey Woods Celebrity Golf Tournament Sunday where we were joined by former Raiders Andrew Glover and Roy Hart all on hand to raise money for the Jovante Woods Childhood Asthma Foundation.

SilverAndBlackToday.com is our 24/7 website covering all things Raiders. We also have our regular podcast, and it and the radio show archive, are available for download on iTunes or Google Podcasts, stream and follow on Spotify, Soundcloud & Spreaker.