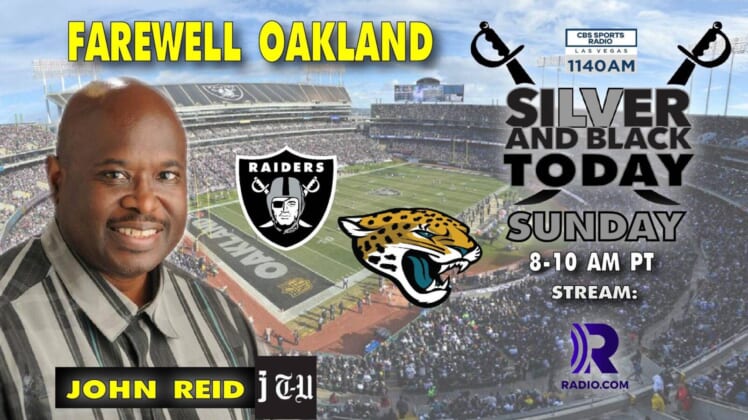 We remember the history of the Raiders in Oakland and hear your memories and preview the Jaguars.

The Raiders played their last game in Oakland and we talked about the greatest moments at the Coliseum – both times they called it home. Chaz was live in Oakland covering the game and gives us the report from the ground. We also heard from callers with their favorite Oakland moments. PLUS: John Reid of the Florida Times-Union talks Jaguars and we talk about the Raiders’ future in Las Vegas.