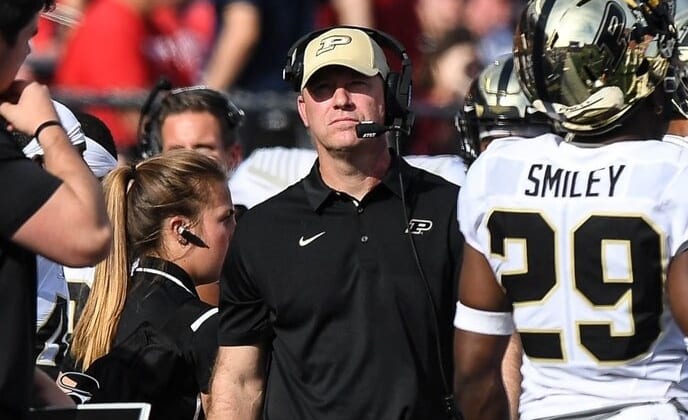 On a day where so much went right for the Auburn Tigers, including dropping a 50-burger in the first half, Auburn defensive end Big Kat Bryant said the players had to avoid dirty tactics by the Purdue Boilermakers.

“They were playing dirty,” Bryant said, via 247 Sports. “At first, they were talking smack at us the whole game. Things got a little heated when the game got out of whack and they were just — I’m gonna be honest … one part of the time they were cutting, so I wasn’t trying to lose my career over that.”

Refs had to step in to separate players several times during the game as trash talk and shoving caused tensions to escalate even further.

The sophomore defensive end said Purdue started to cut at the defensive linemen’s legs during the game and he had to look out for his own safety.

Auburn dominated from the start and made Friday a living hell for Purdue’s offense. After the Tigers jumped out to a 35-7 lead, a pick-six by Bryant added to their massive lead.

The Boilermakers were clearly frustrated during the game as Auburn crushed them in every single aspect and turned it into a blowout early. If what Bryant is saying is true, Purdue head coach Jeff Brohm clearly has a lot of work to do with this program.