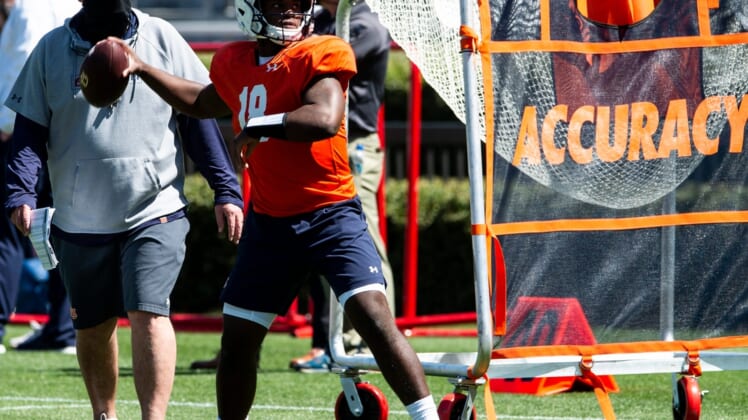 The 5-foot-10 Davis, who did not see action with the Tigers, announced his decision in a social-media message.

To all NCAA fb coaches… if you believe in me. come get me#transferportal

“To all NCAA fb coaches… if you believe in me. come get me,” Davis posted on his Twitter account Wednesday.

Davis was two weeks into a spring position battle involving five Auburn quarterbacks after junior Bo Nix transferred to Oregon in December. Four players — including one returner (junior T.J. Finley), a pair of transfers (Zach Calzada from Texas A&M and Robby Ashford from Oregon) and one freshman (Holden Geriner) — remain as the Tigers look to rebound from their second consecutive six-win season in 2021 (6-7 last season, 6-5 in 2020).

Head coach Bryan Harsin is coming off Auburn’s first losing season since going 3-9 in 2012, which led to the firing of Gene Chizik.