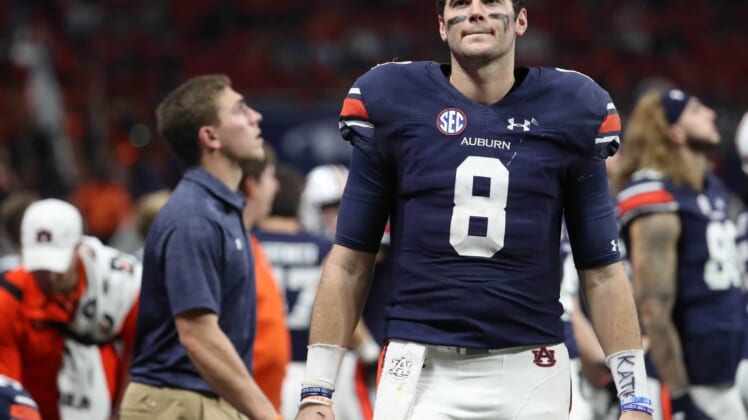 One weekend after showing up very small in a stunning blowout loss to Mississippi State, Auburn’s Jarrett Stidham is struggling on Saturday against Tennessee.

Early in the second quarter after Auburn jumped out to a 10-3 lead, Stidham was under pressure and should have simply thrown the ball away. Instead, he panicked and threw an awful interception right to cornerback Bryce Thompson.

Five plays later, the Volunteers tied the game up.

On Auburn’s next possession, Stidham once again threw up a prayer that was not answered, leading to his second interception in as many drives.

Auburn called a reverse pass where the ball was pitched back to Jarrett Stidham, who threw a terrible INT with a Tennessee defender in his face.

Stidham with a horrible interception. You hate to see a long term starter make these kind of mistakes

I have no word for what I'm seeing right now. Stidham with a huge rookie mistake and now the rookie QB for UT looks like he is playing in the Super Bowl.

At what point will Auburn bench Stidham? Do they not have anybody else?

Auburn fans starting to get a little restless, one behind me yells, “come on, Stidham! Do something!”