Auburn eliminates No. 2 Stanford at CWS, 6-2 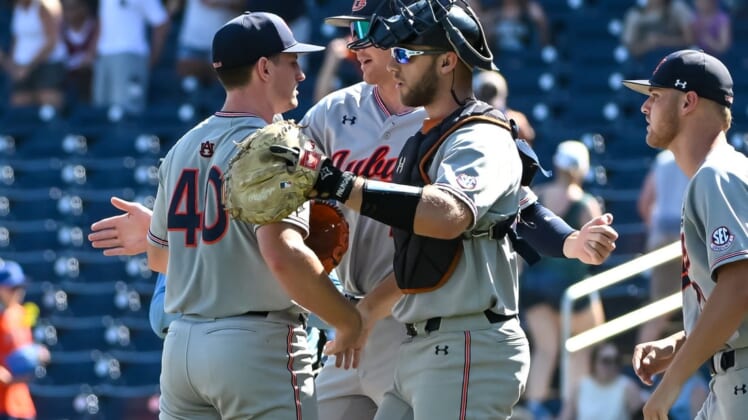 Cole Foster raked two doubles and drove in three runs to lead No. 14 Auburn to a 6-2 victory over second-seeded Stanford in a College World Series elimination game at Omaha, Neb., on Monday.

Bobby Peirce drove in two runs to help rally Auburn (46-21) from a 2-0 deficit. The Tigers plated all six runs during the sixth and seventh innings to rally. Foster’s three-run double in the sixth gave the Tigers a 4-2 lead.

Trace Bright struck out eight in five innings to earn the win. He gave up two runs on five hits. Blake Burkhalter pitched 2 1/3 innings for the save. He struck out five.

Adam Crampton went 3-for-3 with two doubles and an RBI for the Cardinal, who finish 47-18. The Cardinal struck out 16 times in the loss.

Auburn awaits the loser of Monday night’s tilt between Ole Miss and Arkansas. That game will be Tuesday.