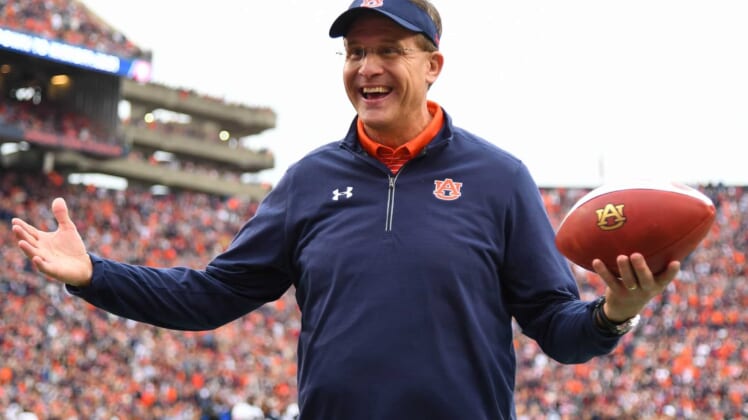 Auburn’s disappointing 2018 season has led to criticism of Gus Malzahn, but the Auburn head coach holds the support of athletic director Allen Greene.

Though rumors and rumblings have put Malzahn’s future in question, Greene squashed the speculation of a coaching change.

“Coach Malzahn is dedicated to this program and he has my support as we work together to move forward. Our discussions are ongoing, and we will focus on evolving in all facets of the program to achieve better and more consistent results.”

Following a 2017 campaign in which Auburn was a victory in the SEC Championship Game from reaching the College Football Playoff, the Tigers opened the season ranked No. 8 and toppled CFP hopeful Washington.

LSU traveled to Auburn and knocked off Malzahn’s squad, which fell at Mississippi State and at home to Tennessee by mid-October. Seven games into the season, any hopes of an SEC or national title were dashed.

Road trips to Georgia and Alabama brought two more losses. Auburn lumbered to a 7-5 record while ranking 72nd nationally in yards per carry, a horrid stat for a run-based offense. As a result, Malzahn landed on the proverbial hot seat.

Since his buyout is north of $30 million, the university isn’t — and shouldn’t be — rushing to fire Malzahn. But if 2019 isn’t a bounce-back year, the AD’s support may waver.