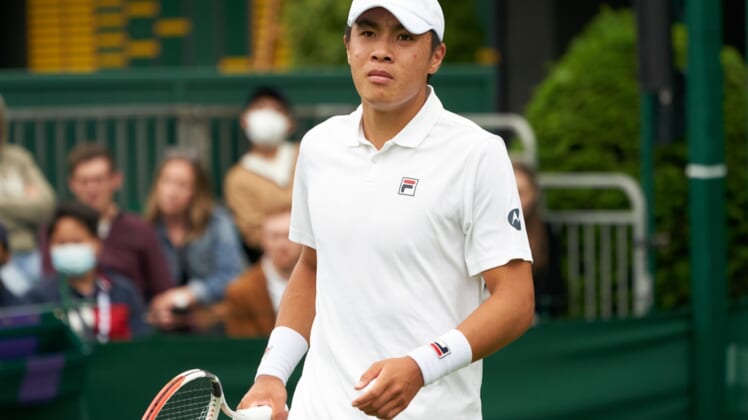 Unseeded Brandon Nakashima of the United States and top-seeded Cameron Norrie of Great Britain won their semifinal matches Friday night to advance to Saturday’s final of the Mifel Open in Los Cabos, Mexico.

“Hopefully I can bring my level for one more tomorrow and let’s see how it goes, but looking forward to it,” said Norrie, who will try for his first ATP Tour title.

Norway’s Casper Ruud defeated No. 6 seed Benoit Paire of France 6-2, 5-7, 6-3 to advance to the semifinals in Gstaad.

The No. 3 seed will play qualifier Vit Kopriva of the Czech Republic, who breezed past Sweden’s Mikael Ymer 6-1, 6-0 in the quarterfinals. Kopriva has already defeated top seed Denis Shapovalov.

Fourth-seeded Richard Gasquet of France defeated Damir Dzumhur of Bosnia and Herzegovina 6-3, 7-6 (7) and will play Altmaier in the semifinals.