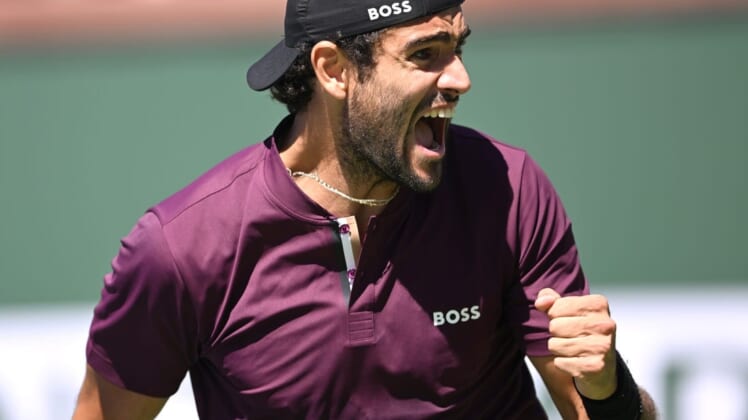 Dutch wild card Tim Van Rijthoven claimed his first ATP Tour title with a 6-4, 6-1 victory Sunday against No. 1 seed Daniil Medvedev of Russia at the Libema Open in ‘s-Hertogenbosch, Netherlands.

Ranked No. 205 in the world, Van Rijthoven needed just 65 minutes to become the lowest-ranked champion this season on the ATP Tour. He was competing in just his second tournament.

Van Rijthoven, 25, converted four of his 10 break chances and only lost his serve once.

In addition to Medvedev, who will reclaim the No. 1 ranking on Monday, Van Rijthoven defeated Matthew Ebden, Taylor Fritz, Hugo Gaston and Felix Auger-Aliassime to become the first Dutchman to win this event since 2003.

No. 2 seed Matteo Berrettini of Italy collected his sixth career title with a 6-4, 5-7, 6-3 defeat of former World No. 1 Andy Murray in Stuttgart, Germany.

Berrettini, who missed the clay-court season after a March operation on his right hand, improved his career record on grass to 28-6 with the victory in two hours and 35 minutes. He also won this event in 2019.

Berrettini hammered 19 aces and saved four of five break points against the 35-year-old Scot, who was competing in his first final on grass since 2016. He broke Murray’s serve for the third time to end the match.