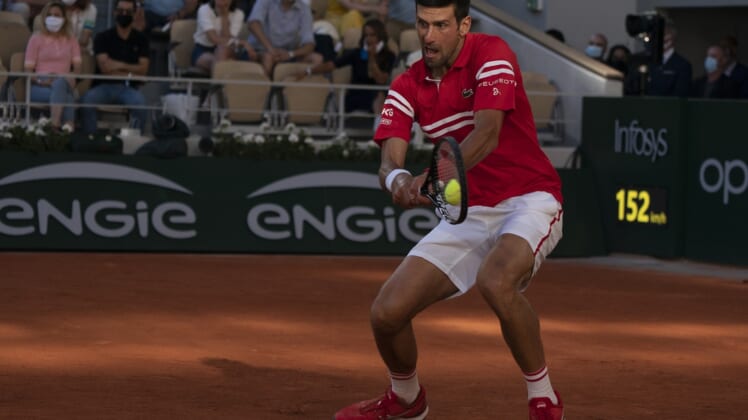 Djokovic, who turns 35 next Sunday, defeated Casper Ruud in the semifinals for his 1,000 career match win. He became just the fifth man in the Open Era to reach that mark.

In the second set, Djokovic rebounded from a 5-2 deficit to become the oldest champion in Rome at 34 years, 11 months and 23 days.

“I pleasantly surprised myself I can say. I had a clear game plan and I knew what to expect, so I knew what I had to do, but I did play a perfect first set,” the Serbian said in his on-court interview. “After that it was a little tighter. At this level, one or two points can turn a match and he was then back in the game at 4-1 up.

“The match could easily have gone to a third set but I managed to find the right shots at the right time to come back into the match. The tie-break I was maybe an inch better, but it was a tight, tight tie-break for both of us.”

Djokovic now has won on the clay courts at Rome six times, the first in 2008.

“I have been building my form for the past couple of weeks and I knew that my best shape on clay usually comes around Rome time, so it could not be better going into Roland Garros with a title,” Djokovic said.

The French Open begins in Paris next Sunday. Djokovic, a 20-time Grand Slam winner, is the defending champion.

With the win, Djokovic now has defeated the 23-year-old Tsitsipas, from Greece, in seven of nine matches. Djokovic has won all five meetings on clay.

Bublik’s 13 aces were negated by eight double faults, a first-serve percentage of 49 and three breaks of serve.

Majchrzak hit on 67 percent of his first serves and fended off all five break chances.

Home-country favorite Adrian Mannarino knocked out sixth-seeded Aslan Karatsev of Russia 7-6 (7), 6-4 to move to the second round at Lyon, France.

Another Frenchman, Arthur Rinderknech, was knocked out by Holger Rune, a 19-year-old from Denmark. Rune had to work overtime, winning both sets in a tie-break, 7-6 (4), 7-6 (3).

In the day’s other first-round match, Francisco Cerundolo of Argentina knocked out James Duckworth of Australia, 6-2, 3-6, 6-3.