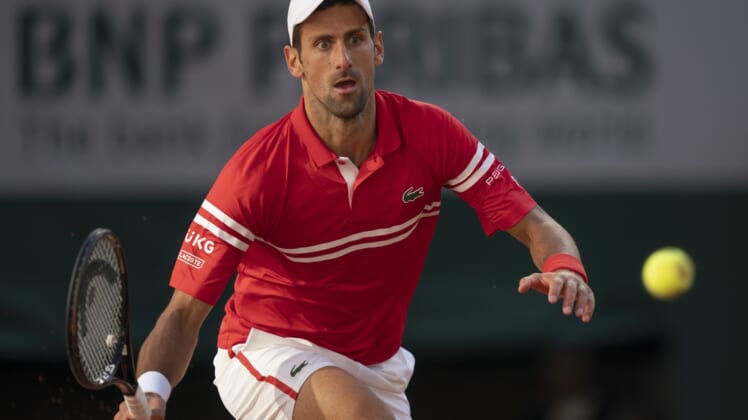 Top-seeded Serbian Novak Djokovic will be competing for his first title of the season after recording a 4-6, 6-1, 6-2 triumph over Russian Karen Khachanov on Saturday in the Serbia Open semifinals at Belgrade.

Djokovic had a 6-1 edge in aces and won 75 percent of his first-serve points while subduing the third-seeded Khachanov. Djokovic will be looking to win the homeland event for the third time when he faces second-seeded Russian Andrey Rublev in Sunday’s championship match.

Rublev cruised to a 6-2, 6-2 win over sixth-seeded Italian Fabio Fognini. Rublev served five aces and saved all three break points he faced in the 62-minute victory.

Djokovic and Rublev will be facing for the second time. Djokovic prevailed in the first meeting at the 2021 Nitto ATP Finals.

Both semifinal matches were tied at 2-2 when they were postponed by rain and they will be resumed on Sunday and followed by the title match.

Fifth-seeded Carlos Alcaraz of Spain and 10th-seeded Alex de Minaur of Australia are competing in one semifinal, while sixth-seeded Diego Schwartzman of Argentina and eighth-seeded Spaniard Pablo Carreno Busta are matched in the other.