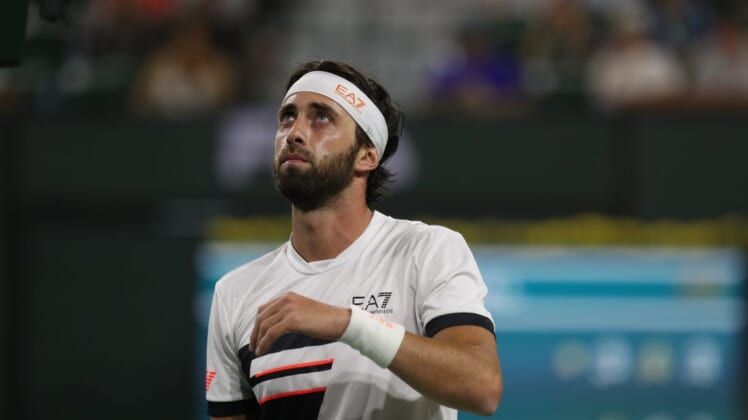 Georgian Nikoloz Basilashvili ousted third-seeded Andrey Rublev of Russia 7-6 (1), 6-4 on Monday in the first round at the Terra Wortmann Open in Halle, Germany.

Rublev fired 10 aces but won just 26.9 percent of his second serves as Basilashvili won in one hour, 25 minutes.

Laslo Djere of Serbia, Ugo Humbert of France, Ilya Ivashka of Belarus and Mackenzie McDonald of the U.S. also advanced to the Round of 16.

A pair of seeded Americans and the third-seeded hometown favorite were all shown early exits on the grass courts in London.