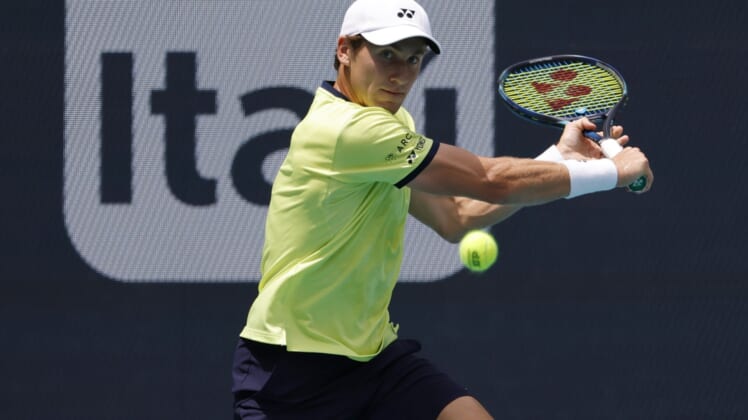 Second-seeded Casper Ruud of Norway defeated Brandon Nakashima 6-3, 6-2 in 89 minutes Tuesday in the second round at the Barcelona Open Banc Sabadell in Spain.

No. 4 seed Cameron Norrie of England, No. 6 Diego Schwartzman of Argentina and No. 11 Lorenzo Sonego of Italy also advanced to the third round. Italy’s Lorenzo Musetti upset No. 12 Daniel Evans of Great Britain 6-4, 7-6 (8).

Australia’s John Millman spoiled Dominic Thiem’s first tour-level match since June, edging the Austrian 6-3, 3-6, 6-4 in two hours and 35 minutes to reach the second round in Belgrade. Thiem was sidelined with a wrist injury.

No. 8 Filip Krajinovic of Serbia, the only seeded player in action, advanced with a 6-3, 7-6 (4) victory over Belgium’s David Goffin.