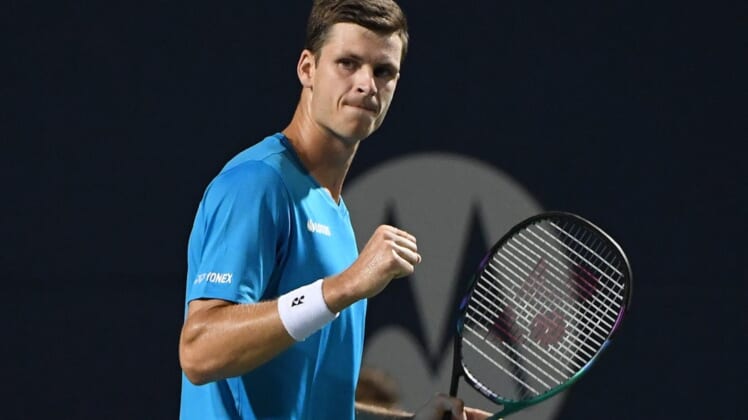 No. 5 seed Hubert Hurkacz of Poland raced to a 6-1, 6-4 victory against World No. 1 Daniil Medvedev of Russia to claim the Terra Wortmann Open title on Sunday in Halle, Germany.

It was the first title on grass for Hurkacz and made him just the seventh player in the Open Era to win his first five championship matches on the ATP Tour.

No. 2 seed Matteo Berrettini of Italy defended his title at the Queen’s Club in London with a 7-5, 6-4 victory over Filip Krajinovic of Serbia.

Berrettini fired 14 aces, broke his opponent’s serve three times and collected his seventh tour-level trophy (fourth on grass) in one hour and 34 minutes.

Berrettini, 30, improved to 3-0 against Krajinovic while boosting his career record on grass to 32-6. He has won 20 of his last 21 matches on that surface.