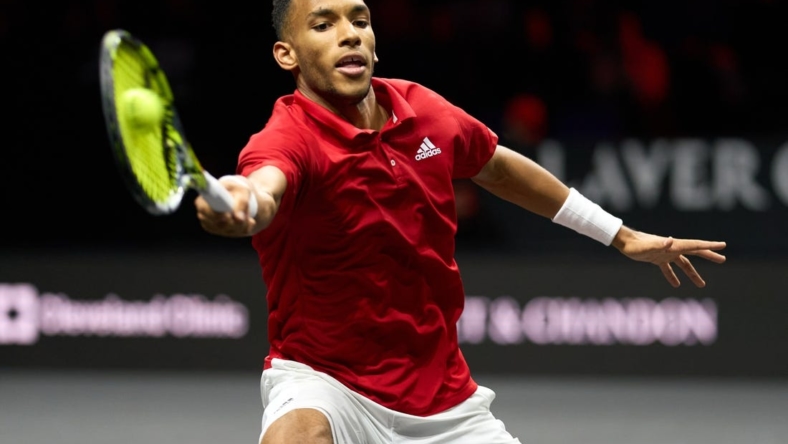 No. 3 seed Felix Auger-Aliassime of Canada continued his hot streak Saturday with a 6-3, 6-2 win over top-seeded Carlos Alcaraz of Spain in the Swiss Indoors semifinals in Basel, Switzerland.

Auger-Aliassime extended his winning streak to 12 matches and reached his third consecutive final, where he will meet unseeded Holger Rune of Denmark, a 7-6 (1), 7-6 (6) winner against No. 6 seed Roberto Bautista-Agut of Spain.

Coming off titles in Florence and Antwerp, Auger-Aliassime struck nine aces and saved the only break point he faced in the 82-minute triumph. He improved to 3-0 against Alcaraz, who managed only eight winners compared to 23 for Auger-Aliassime.

Medvedev, who has not dropped his serve this week, never faced a break point and committed just four unforced errors. Shapovalov delivered seven aces among his 26 winners and won 95 percent of his first-service points (37 of 39) against Coric.