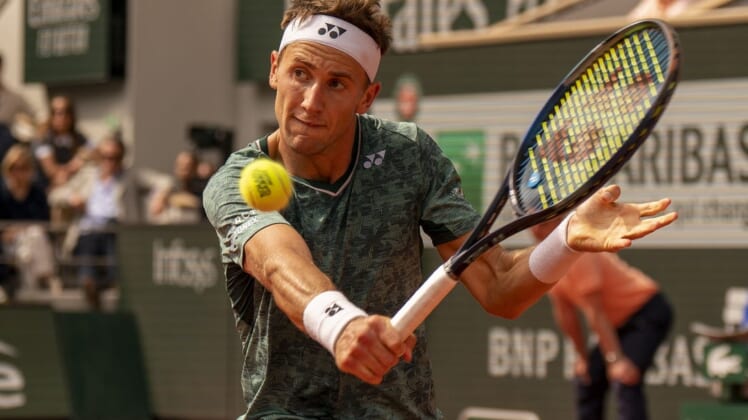 Ruud breezed to a 6-2, 6-0 victory in 62 minutes against No. 4 seed Albert Ramos-Vinolas of Spain in the semifinals of the ATP 250 clay-court event on Saturday. The Norwegian never faced a break point.

Berrettini pushed his winning streak to 12 matches with a 6-1, 6-4 victory over unseeded Austrian Dominic Thiem in 78 minutes. The Italian won 85 percent (29 of 34) of his first-service points and saved three of four break points.

Ruud and Berrettini have split four previous meetings, with Berrettini winning the most recent clash in the Madrid semifinals in 2021.

No. 1 seed Carlos Alcaraz of Spain will look to win his fifth tournament of the season when he meets unseeded Italian Lorenzo Musetti in Sunday’s final in Hamburg,

Musetti, 20, will attempt to capture his maiden trophy. He advanced to his first-ever meeting with Alcaraz with a 6-3, 7-6 (3) victory against Francisco Cerundolo of Argentina.