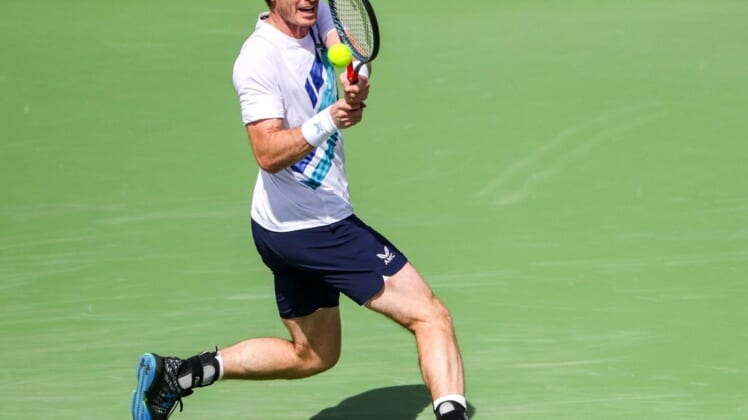 Andy Murray won his first match against a Top 5 player in more than five years with a 7-6 (4), 6-3 win over World No. 5 and top seed Stefanos Tsitsipas on Friday at the BOSS Open in Stuttgart, Germany.

Murray, the former World No. 1, will face Australian Nick Kyrgios in the semifinals on Saturday.

Murray, 35, is continuing his comeback amid recovery from lingering hip issues and needed one hour, 40 minutes to beat the 23-year-old from Greece.

A master on grass courts with a 113-23 career record, Murray skipped most of the clay-court season to prepare for Wimbledon, where he is a two-time winner.

The last time the Scot defeated a Top 5 opponent came in 2016 at the Nitto ATP Finals when he bested Novak Djokovic.

Kyrgios was leading 7-6 (3), 3-0 when Hungarian Marton Fucsovics retired with an unspecified injury.

Top seed Daniil Medvedev of Russia advanced to the semifinals with a 7-6 (10), 6-4 win over Ilya Ivashka of Belarus at the grass-court event in ‘s-Hertogenbosch, Netherlands.

Medvedev won 86 percent of the points on his first serve en route to the win.

Waiting for him in the semifinals is Adrian Mannarino of France, who won the event the last time it was held in 2019. He reached the semis with a 6-7 (5), 6-1, 6-4 win over American Brandon Nakashima.