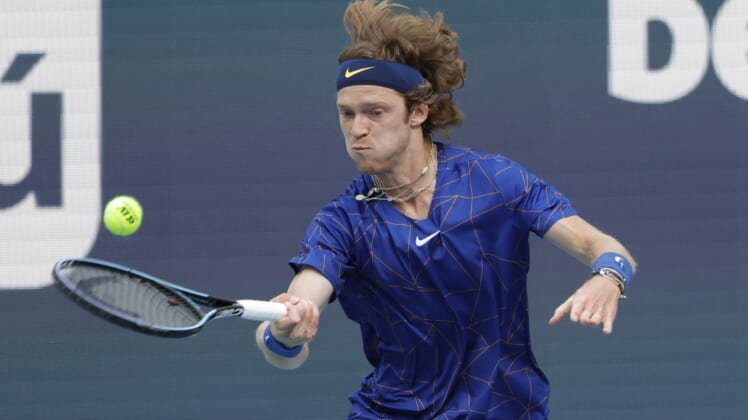 It was the third tour title of the season and 11th career for Rublev. The 24-year-old Russian won in Marseille and Dubai in February.

Rublev, the World No. 8 and the tournament’s second seed, and Djokovic played a tough second set that lasted one hour, 19 minutes, with Rublev fighting off five set points to send the match to a tiebreaker. But after dropping the set, Rublev controlled the third set from the outset and finished the match in 34 minutes.

On the day, Rublev staved off eight of nine break point chances but broke Djokovic’s serve in six of 12 opportunities.

Rain on Saturday forced the continuation of semifinal matches to Sunday morning.

In the main event, the 18-year-old Alcaraz continued his remarkable run on the season, winning for the third time following victories in Miami and Rio de Janeiro. He’s reached a career high World No. 11 in the rankings.

Alcaraz won 88 percent of his first-serve opportunities compared to 56 percent for Carreno Busta, who saved only six of 10 break chances.