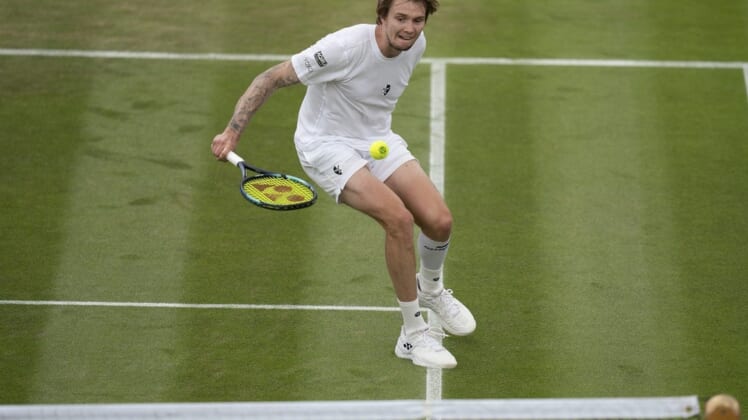 Third-seeded Alexander Bublik of Kazakhstan advanced to the semifinals of the Infosys Hall of Fame Open by posting a 7-5, 6-4 victory over sixth-seeded Andy Murray on Friday at Newport, R.I.

Bublik will next face Jason Kubler, who advanced with a 7-5, 7-6 (3) win over fellow Australian James Duckworth, the No. 8 seed. Kubler has seven aces to Duckworth’s five.

Baez won 77.8 percent of his first-serve points while dispatching Thiem, who is still rounding into shape after a long absence due to a wrist injury. Baez will next face second-seeded Russian Andrey Rublev, who posted a 7-5, 6-4 win over Laslo Djere of Serbia.