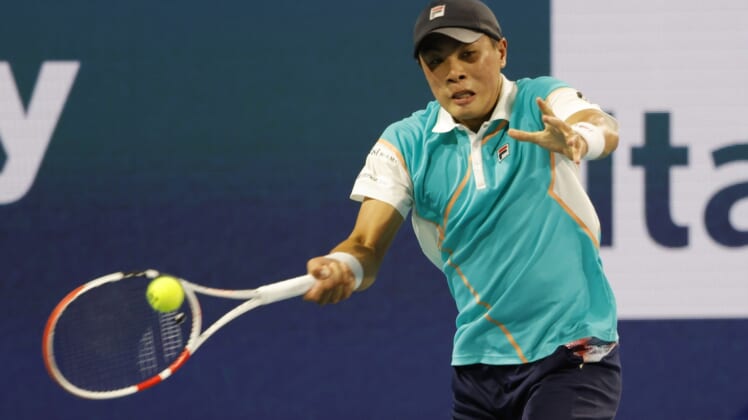 Brandon Nakashima fought off two set points in a 7-6 (6), 6-3 win against Spanish qualifier Nicolas Alvarez Varona on Monday at the Barcelona Open Banc Sabadell in Spain.

Nakashima, playing on clay for the first time this season, took advantage of 12 double faults by his opponent and advanced to face No. 2 seed Casper Ruud of Norway in the second round.

Denmark’s Holger Rune cruised to a 6-3, 6-1 upset of No. 5 seed Cristian Garin of Chile in the first round in Belgrade.