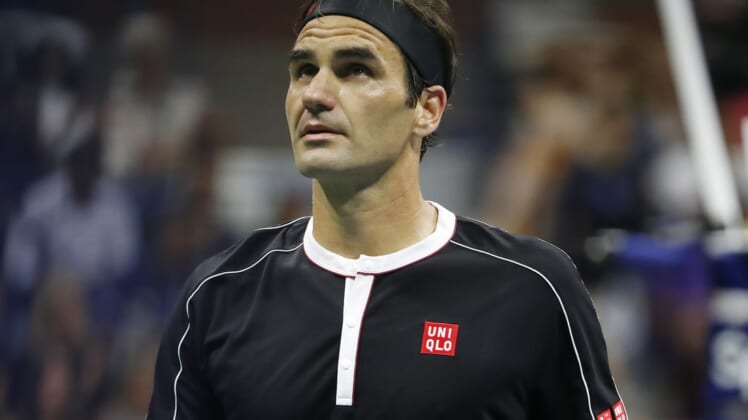 Sep 3, 2019; Flushing, NY, USA; Roger Federer of Switzerland looks at the board between points against Grigor Dimitrov of Bulgaria (not pictured) in a quarterfinal match on day nine of the 2019 US Open tennis tournament at USTA Billie Jean King National Tennis Center. Mandatory Credit: Geoff Burke-USA TODAY Sports

Andujar, ranked No. 75 in the world, ended Federer’s 32-match winning streak on Swiss soil in one hour, 52 minutes at the Gonet Geneva Open.

“We know how tennis goes and that’s where it’s so brutal sometimes,” Federer said. “But I feel like I didn’t deserve it at the end. There was just not enough happening in my game.”

Sixth-seeded Fabio Fognini of Italy made quick work of Argentina’s Guido Pella 6-2, 6-2 in just over an hour. 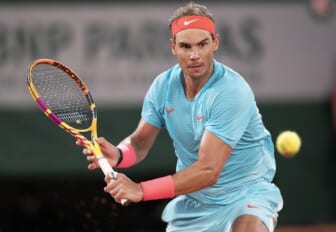 Fifth-seeded Gael Monfils won while No. 7 seed Felix Auger-Aliassime fell in the Round of 32 on the clay in Lyon, France.

Other winners were American Tommy Paul, Richard Gasquet of France and Kamil Majchrzak of Poland.