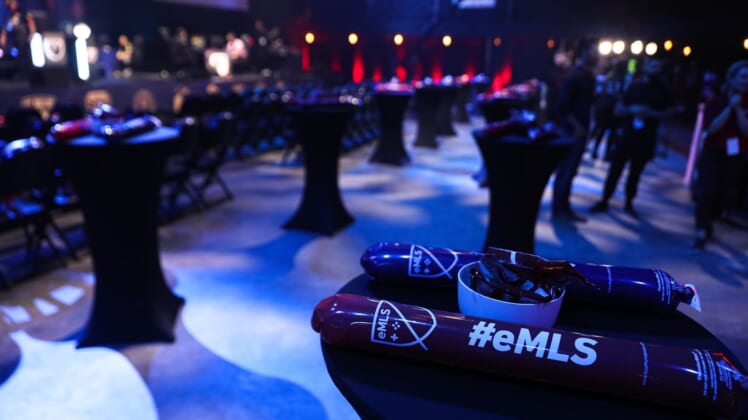 Thunder sticks are placed on chairs and tables for fans. The eMLS Cup tournament was held in-person at the Moody Theater on March 13, 2022. The eMLS Cup is the championship tournament that determines which player is the best FIFA player in North America.Aem Sxsw Emls Cup 2

Nieto captured Leg 1 with a 2-1 triumph and then secured a 3-2 win on the second leg.

Neto, the No. 5 seed, will take home $14,000 for his victory. The 19-year-old Brazilian earned Atlanta United its first-ever eMLS Cup.

Neto tweeted after Sunday’s victory: “After hitting the post so many times, the cup is finally with me! Can’t be more happy at the moment”