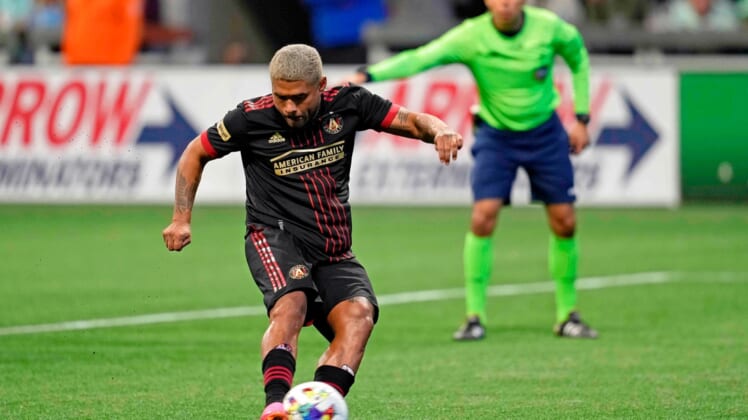 Josef Martinez will aim to continue his fast start to the season on Saturday night when Atlanta United visit D.C. United in Washington, D.C.

Martinez scored his first goal of the season in Atlanta United’s 2-1 victory over Charlotte FC on March 13. He added his second six days later in his club’s 3-3 draw versus CF Montreal.

The former MLS MVP also has found the back of the net in each of the Five Stripes’ past three matches against D.C. United that he’s appeared in and seven times overall versus the club in his career. All told, Atlanta United have won four of the past five clashes with D.C. United.

Martinez, Ronald Hernandez and Miles Robinson are expected to be back in the fold for Atlanta United (2-1-1, 7 points) on Saturday after participating with their respective national teams in the final round of World Cup qualifying matches. The first two competed for Venezuela while Robinson helped the United States men’s national team punch its ticket to the World Cup.

“This is a big achievement for them, for this generation is a very, very good generation of players,” Atlanta United manager Gonzalo Pineda said.

For now, the Five Stripes are focusing on receiving a better result than their previous road match of the season. They dropped a 3-0 decision to the Colorado Rapids on March 5.

Russell Canouse scored in the 10th minute to give D.C. United the early advantage before the bottom fell out.

“It’s in a good place,” he said. “I have to say fitness-wise, the energy of the team, we’re all looking for a little bit of revenge after two defeats. Also knowing we deserved a lot more the last two games against Atlanta last year.”