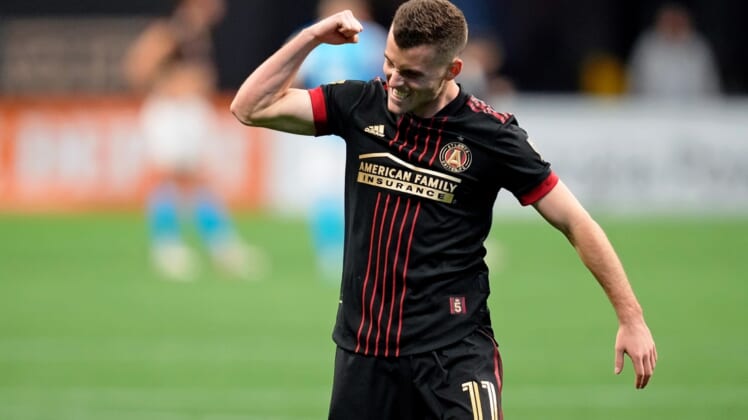 For as well as Atlanta United FC has played at home of late, it might not bode well for a CF Montreal club looking to avoid its longest losing streak to open a season.

Atlanta (2-1-0, 6 points) is off to a solid start, thanks to a 5-2 goal-advantage while winning both home matches. Jake Mulraney’s goal in the 96th minute sent the United to a 2-1 victory over Charlotte FC last weekend, pushing the club to 7-0-2 at home since a 2-0 loss to Nashville SC from Aug. 28.

“We’re together. We never step out and give up,” midfielder Ozzie Alonso told Atlanta United’s official website. “We always think we’re going to win the game.”

Atlanta United, who have seen five different players record goals in MLS play this season, should have plenty of confidence to pull out a victory at home against CF Montreal, which has been outscored 9-2 while losing all four previous matches at Atlanta.

Possibly drained from also competing in the CONCACAF Champions League, Montreal (0-3-0, 0 points) has been outscored 8-2 through its first three MLS games of 2022. The club has never lost its first four matches on any campaign, but if that happens Saturday, Montreal would be the fourth MLS team in as many seasons to open 0-4-0 (San Jose in 2019, New York City FC in 2020 and Minnesota United in 2021), according to MLS.

Wilfried Nancy’s side was down 2-0 within the first 20 minutes last weekend at NYCFC before Zachary Brault-Guillard scored just out of halftime. However, Montreal conceded twice more for a 4-1 loss.

“We have to rekindle our motivation,” Brault-Guillard said. “There are highs and lows in a season. We started the season with some lows. Now, it’s up to us to rise to the occasion.”

Atlanta star Josef Martinez has risen to the occasion with three goals and an assist in six career matches versus Montreal. However, none of those goals have come at home.