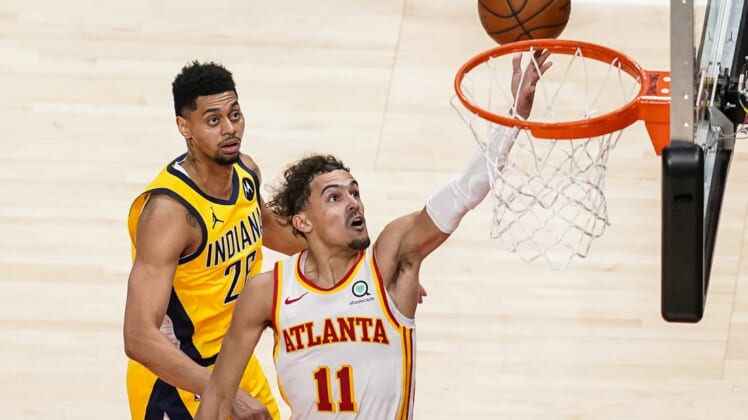 Young sustained the injury after landing on the foot of New York Knicks center Norvel Pelle during the third quarter of the Hawks’ 137-127 overtime loss on Wednesday at Madison Square Garden.

Young, who finished with 20 points and 14 assists, pounded the floor with his fist before being helped off the court by a pair of teammates. He didn’t return to the game.

Coach Nate McMillan revealed after the contest that X-rays were negative on Young.

“God had my back with this one.. Be back soon,” Young posted on Twitter.

God had my back with this one..
Be back soon????#WeMove