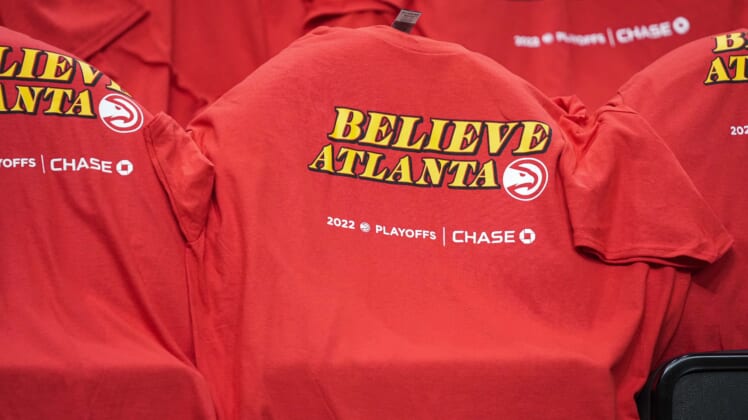 UPDATE: The APD has given clearance to resume all normally-scheduled activities, and Klein has provided a new estimated start time of 7:55 ET. Stay tuned for a possible time change for the Atlanta Hawks game to tip off.

The NBA Playoffs always has lots of drama, whether it’s game-winning shots, tension between teammates, or protests since we’re in 2022. This time around, it is because of a mysterious shipment that showed up outside State Farm Arena ahead of the Game 3 playoff matchup between the Atlanta Hawks and Miami Heat, which is taking place in Georgia tonight.

Originally scheduled to start at 7 PM ET, Zach Klein of ABC in Atlanta passes along an update that the game has been delayed.

Players have begun entering the court, where they will do their pre-game warmups. Fans are expected to be allowed to enter the arena shortly as well.

Bomb-sniffing dogs are currently on the case scoping out the situation as everyone seeks more clarity on the developing situation.

First and foremost is ensuring the safety of everyone potentially in danger. As always with these situations, one can never be too careful. Hopefully everyone is OK and this is all just some silly miscommunication of some form. Maybe their Amazon package just showed up a week too early.

The Hawks are currently facing a 2-0 deficit to the Heat and are scheduled to have home-court advantage for the first time in the series tonight if the game can get underway.

This is a developing story, we’ll keep you updated as more updates are available.