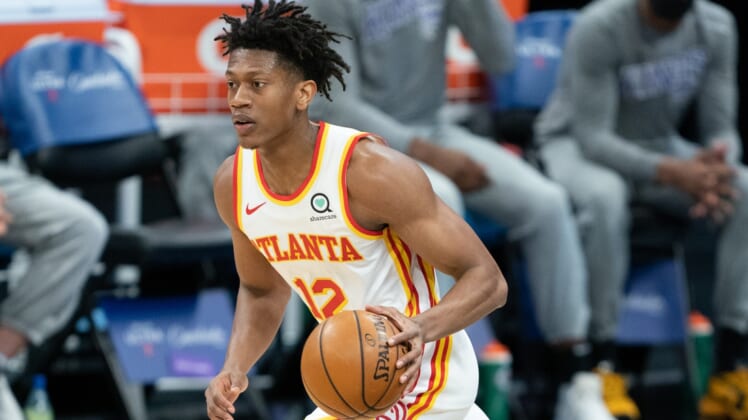 Atlanta Hawks forward De’Andre Hunter will undergo surgery this weekend after a MRI revealed a small tear in the lateral meniscus of his right knee.

Hunter, 23, will have the surgery in Los Angeles. He will miss the remainder of the postseason.

Hunter started all five games against the New York Knicks in the first round of the Eastern Conference playoffs but began to experience swelling in the knee ahead of Game 1 against Philadelphia in the conference semifinal.

Hunter played just 23 games during the regular season due to issues with the same knee. He underwent a lateral meniscus debridement procedure in February and had a non-surgical procedure on the sore right knee in April.