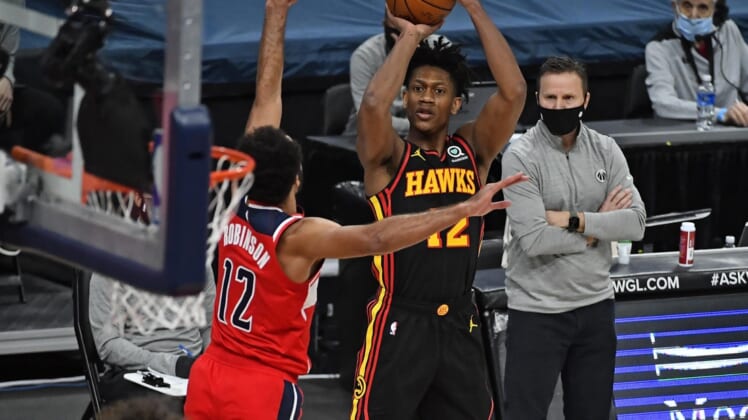 De’Andre Hunter underwent a non-surgical procedure to address articular wear and tear in his right knee that forced him out of Friday night’s win against the Washington Wizards, the Hawks announced Saturday.

Hunter, who is expected to be sidelined for a week before being re-evaluated, had an MRI performed Saturday morning. This week, the Hawks face the Los Angeles Lakers on Monday, Dallas Mavericks on Wednesday, Utah Jazz on Thursday and the Toronto Raptors next Saturday.

The second-year forward is averaging 17.2 points and 32.2 minutes per game — both second on the team behind Trae Young — after averaging 12.3 as a rookie last year who was selected four overall in the 2019 draft. Hunter also averages 5.4 rebounds, 2.2 assists per game and nearly a steal a game.

The Hawks will turn to Cam Reddish and Kevin Huerter to fill the void left by Hunter.