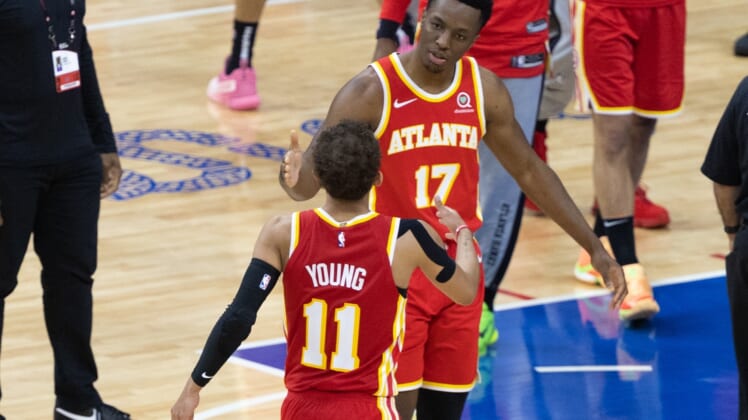 Atlanta Hawks center Onyeka Okongwu, who just concluded his rookie season, will be sidelined for around six months after undergoing shoulder surgery on Wednesday.

The team announced that Dr. Neal ElAttrache of the Kerlan-Jobe Orthopaedic Clinic in Los Angeles repaired a torn labrum in Okongwu’s right shoulder. According to the Hawks, Okongwu is expected to make a full recovery.

Okongwu, a 20-year-old Los Angeles native, was selected by the Hawks with the sixth overall pick in last year’s draft out of the University of Southern California. 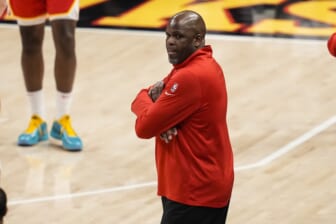 He appeared in 50 regular-season games for Atlanta, making four starts, and averaged 4.6 points and 3.3 rebounds in 12 minutes per contest. Okongwu was used sparingly in the first half of the season, putting up averages of 2.6 points and 2.2 points in 8.8 minutes over the Hawks’ first 47 games.

Down the stretch, however, Okongwu appeared in all of Atlanta’s final 25 regular-season contests, averaging 6.5 points and 4.3 rebounds in 15.2 minutes. His best performance came on May 16 against the Houston Rockets, when he amassed 21 points and 15 rebounds, both season highs.

Okongwu played in all 18 of the Hawks’ playoff games as the team advanced to the Eastern Conference finals, putting up 2.7 points and 2.7 rebounds in 9.2 minutes per outing.