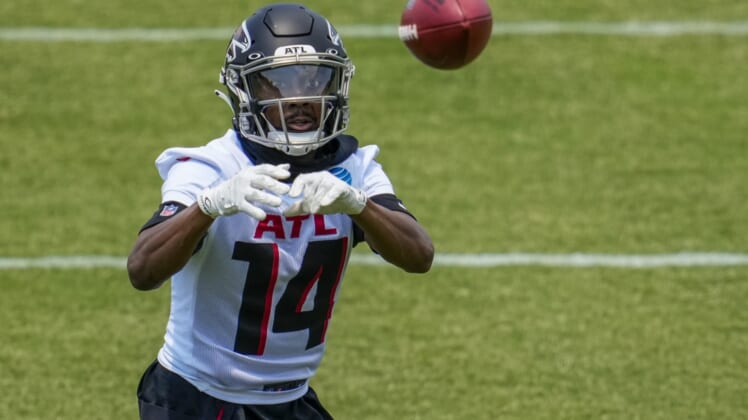 Falcons head coach Arthur Smith said Wednesday Gage will be very limited this week and has a small chance of playing in Week 3 against the New York Giants (0-2).

Starting cornerback A.J. Terrell’s status this Sunday also is in doubt with a concussion. He left last Sunday’s game against Tampa Bay.

Gage was held without a catch in Week 1 and hauled in five passes for 28 yards last week.