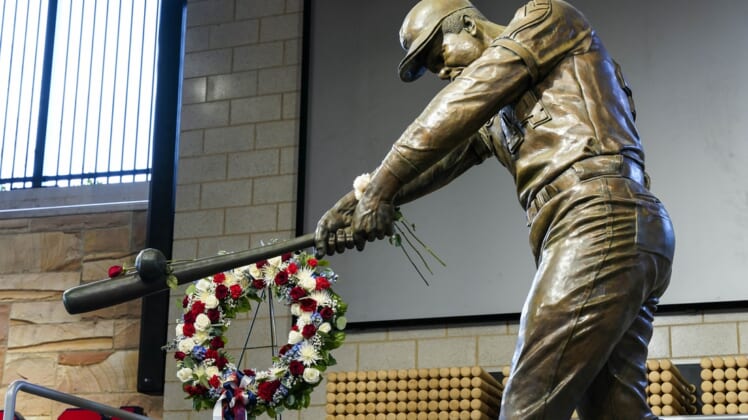 Atlanta’s NFL and MLS teams will retire No. 44 for their 2021 seasons to honor Hank Aaron, who died Friday at age 86.

Aaron played for the Braves for 21 of his 23 major-league seasons, first in Milwaukee then in Atlanta. The Braves retired the Hall of Fame member’s number 44 on April 15, 1977.

“When you look at icons of Atlanta and the sport of baseball, Hank Aaron is undoubtedly included in that group,” said Rich McKay, Falcons president and CEO. “But he was more than an icon in sports, he was an icon off the field as well in how he carried himself and treated others. Because of that we are honored to celebrate his awe-inspiring life by retiring number 44 this season for our Atlanta Falcons.”

“He was an American hero, a trailblazer and arguably Atlanta’s greatest sports icon,” Eales said. “The impact he had on our city, our country and the sports world is immeasurable.”

In 2020, cornerback Tyler Hall wore No. 44 for the Falcons. The undrafted rookie appeared in nine games and made six tackles.

Aaron held the record for most career home runs for more than three decades before Barry Bonds broke it in 2007. Aaron finished his 23-year career with 755 home runs.